Have you ever wondered about wolves? How they survive well? The food they eat?  Well this is your answer.  Join me and we will learn about wolves.﻿ 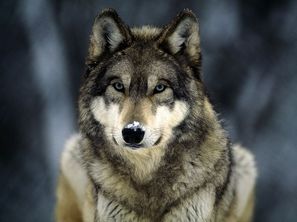 Gray Wolves are the most common wolf.

The most common wolf


The most common wolf is the grey wolf.  The grey wolf  is found in many places and tons are sighted in Ohio.  Some are seen in Europe, some in Australia. The gray wolves are almost extinct because people keep hunting them and killing them.  By the way people trying to protect them are taking them to the zoo.

Coyotes kill wolves but not when the wolves are in a pack.

Humans are a threat to wolves. 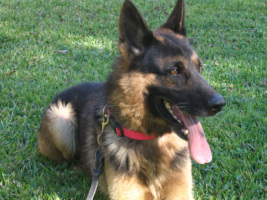 Canines take wolves down if they go crazy. 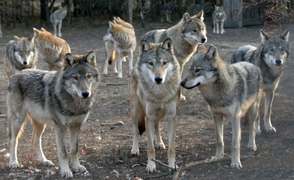 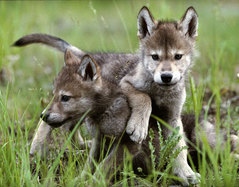 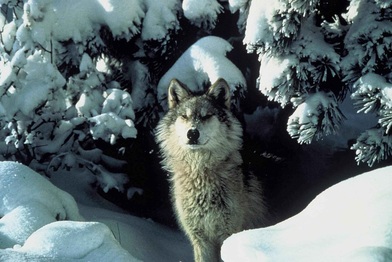 Wolf in the den
Preparing a home  for the cubs

The mother picks a den before the pups are born. The den might be a cave or a hole.  A den is created by a hollow log or just a old bevares house.  The dad prepares for the pups by getting meat for the pups.  The mom stays home because she doesn't leave her pups alone. The dad buries pieces of meat near the den. Then the mom usually has 5 to 6 pups.The pups average weight is 1 pound. 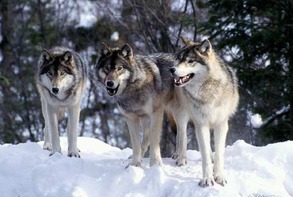 Wolves hunting together
Hunting Together
Wolves sometimes hunt alone. But wolves are pack animals which means they hunt together mostly . The wolf pack ranges from 2 to 20  members.  Wolves can only run 25 miles or 40 kilometers ph. It is difficult for wolves to catch a white-tailed-deer because it goes 40 miles mph. 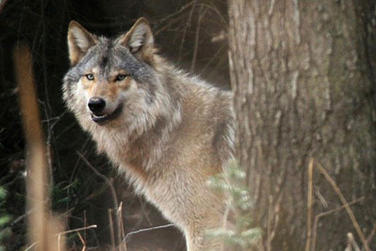 The male wolf can eat about 20 pounds at one time.They can survive for days or weeks.  1 kill for 1 wolf is like 80 hamburgers for the wolf. Life is not easy for wolves. Wolves are good at hunting though but still hunting is tough for them because there are really fast animals out there.  Keen hunter wolves prey on moose, deer, caribou, musk-oxen and elk.  Even regular wolves can prey on these animals.  Red wolves are different than any gray wolves.  Red  wolves live where hooved animals roam.  Red wolves eat small animals like mice, beavers and rabbits .  Gray wolves hunt small animals only when they can’t find big animals.  Wolves can hear rustling grass from a thousand feet away.  Wolves can detect slight movement from 1 mile.   Wolves have a thick mane  which  is the neck so they can see better.  The wolf is the top of the food chain.

Wolves are very interesting animals to learn about.  They are good at sensing sounds and sights, which helps them hunt.  They are smart animals too. 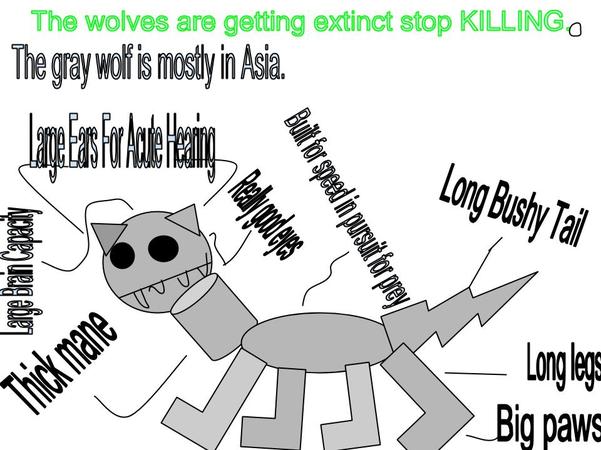