Dale Earnhardt is a NASCAR legend.  He won a lot of championships and he broke a lot of NASCAR records.
Dale’s Achievements


Ralph Dale Earnhardt sr is his real name.  He was born on April 29, 1951.  He was growing in Kannapolis, North Carolina.  His dad’s name was Ralph Earnhardt.  A lot of his racing moves he learned from his dad.  He began racing at the age of 15.
Personal Life


He has two sons, Dale Jr. and Kerry.  He has two daughters, Kelly and Taylor.

This is what started the crash. 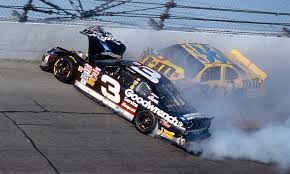 This is the most devastating  crash in NASCAR  histry 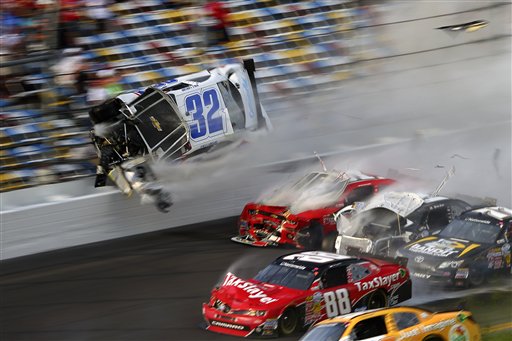 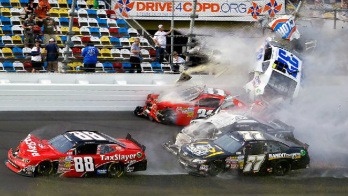 This is Dale's car after the crash. 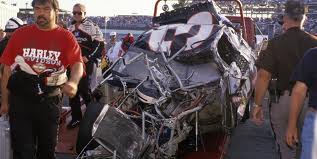 There is a 5 piece harness and he hit the wall so hard he snapped his neck.