Have you ever wondered what a WWII navy  battle is like?  Well the Battle of Midway gives you a great example. The Battle of Midway is the turning point for the Allies.  It is what allowed them to start attacking the Axis powers.  The whole Japanese plan was to draw out the remaining fleet of the U.S. navy, then be prepared to crush them.  Luckily American Military code breaking intelligence let them break the Japanese navy code  and find out about their  plan.   If you want to find out more, read what's below.

The Beginning of the Battle of Midway
On the early morning of June 4, 1942  U.S. scouts found the Japanese 500 nautical miles away from Midway ( which is 926 kilometers).  Once the Japanese started attacking Midway  U.S. Torpedo Bombers cleared out enough defenses for the Dive Bombers to come.  The Japanese lost 5 of their greatest ships, and the U.S. only lost one of their three aircraft carriers which was the USS Yorktown and  the, USS Enterprise and Hornet survived.


The End of The Battle of Midway 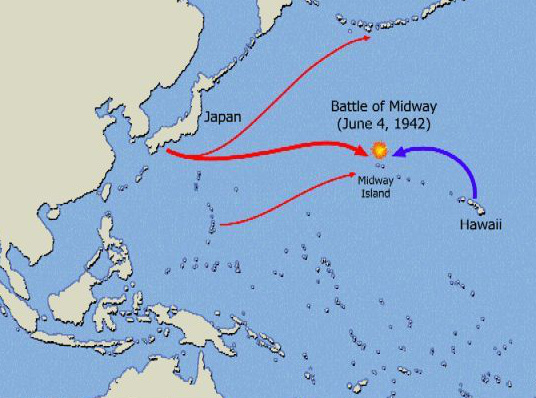 Here is the slide show.