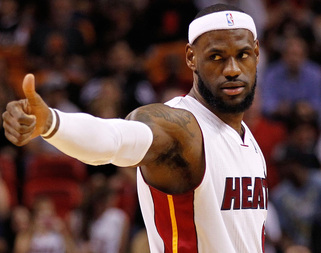 Lebron James was born on Dec 30, 1984 in Ohio.  His mother was Gloria.  Lebron never knew his father.  He got a toy basketball hoop for Christmas, when he was almost 4.  His grandmother suddenly died in 1988,  he did not live with his grandma.  When Lebron was 5 he moved 7 times.  Sometimes Gloria and Lebron had little fights.  When Lebron was in 4th grade he missed 82 days of school.  Gloria sent Lebron away to live with a basketball coach named Franky.  Lebron learned how to play basketball.  Lebron joined a team named the Shooting Stars.  His friends on his team were Dru Joyce, Sian Cottory and Willie Mcgee.  They called themselves “The Fab Four.”  Lebron’s team won more than 200 games!  People called him Lebron King James.  He joined the Cleveland Cavaliers, and then they called him Rookie.  Lebron was the youngest to score more than 9,000 points.  Lebron likes helping people and now he plays for the Miami Heat. 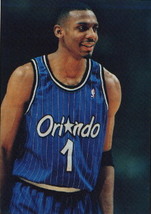 
He is good at point guard, shooting guard, and forward.  He is an all star.  He is on the Orlando  Magic.  The Magic lost a lot of players from injuries.  Penny is 6’ 7’’ born July 18, 1971.  His age is now  42.  His nickname is Penny.  His real name is Anfernee.  His nickname came from his grandmother because she called him Pretty.  It sounded like Penny so she nicknamed him Penny.  He does not play basketball anymore but he coaches for Memphis, Tennessee. 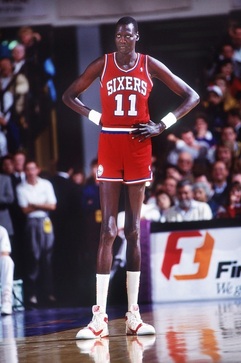 This is a picture I found in Google. It is Manute Bol. 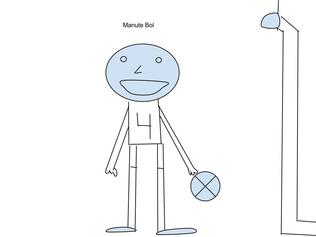 This is a picture I made in google draw. It is Manute Bol.
Basketball Records

Thank you for reading this page about basketball!  Any questions?

This is were I got My pics.